MUSIC FOR FILMS BY WERNER HERZOG 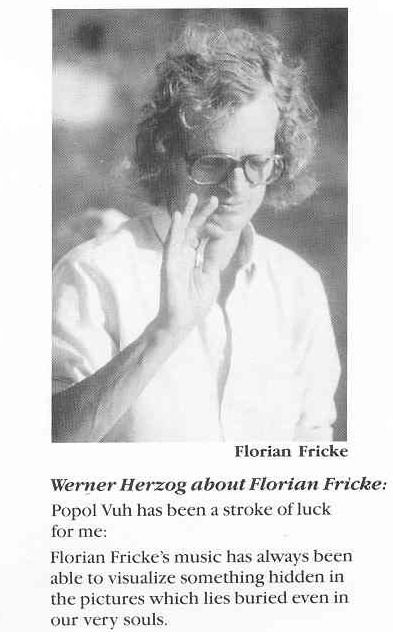 Werner Herzog: “The music in my films is also very much neglected, if I may interrupt you, in Germany as well. Since AGUIRRE, my friend Florian Fricke, has done the music for almost all my films - for STEINER, for LA SOUFRIERE, for STROSZEK, and for HEART OF GLASS - and I’ve tried to push very hard so that he would be given the National Film Award this year. They’ve never given it to him, and there has been complete neglect of his work. Not even a single mention! And this year they just by-passed him once again!”[From: Images at the Horizon, 1979]

With help of David Goodine (Toronto) we try to clear this up for: Herz aus Glass, Nosferatu, Fitzcaraldo an Cobra Verde.