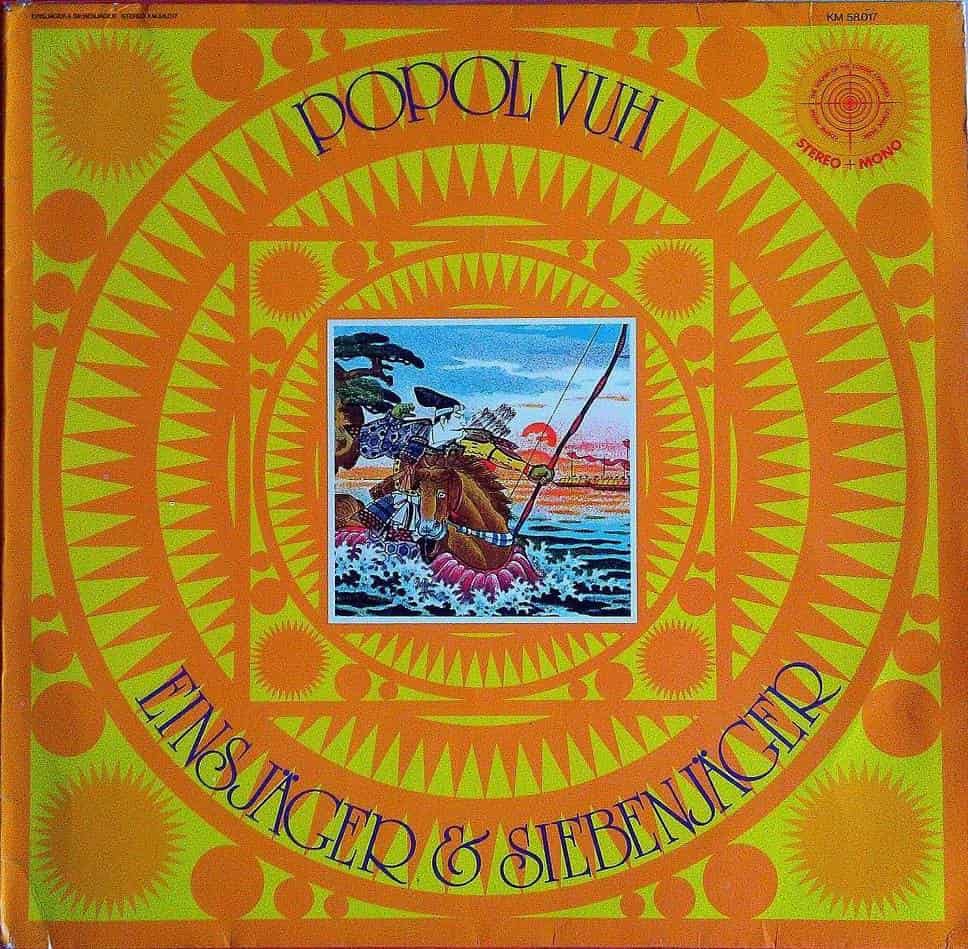 1996:
Gerhard Augustin: Can you tell us the concept, or the theme, the basic ideas of the albums EINSJAEGER & SIEBENJAEGER, DAS HOHELIED SALOMOS and LETZTE TAGE, LETZTE NACHTE?
Florian Fricke: EINSJAEGER & SIEBENJAEGER is finishing, or closing of the cycle. DAS HOHELIED SALOMOS is the beginning of a new cycle. In addition to the guitar player Conny Veit, I invited Danny Fichelscher, the drummer and guitar player with Amon Düül, to play with me. And that was the beginning of an extremely fruitful collaboration. We have practically made music since then without interruption, we have been playing together since then. For example, the A-side of EINSJAEGER & SIEBENJAEGER was really played and recorded in the first try, in one piece in the studio, and that was it. We didn't change anything at all. Actually I was giving in so much on this album to the style of Danny Fichelscher, the music of Danny Fichelscher, that we have sort of stuck to this formula for the following seven years.
Gerhard Augustin: I have a feeling that EINSJAEGER & SIEBENJAEGER and DAS HOHELIED SALOMOS were recorded in the same studio, and at the same time.
Florian Fricke: No, they were not recorded at the same time. Quite to the contrary. I think we made DAS HOHELIED SALOMOS one year later, after EINSJAEGER & SIEBENJAEGER. In between there were studio dates and recording dates and tours. There were a lot of things happening. So it was not really at the same time.
Gerhard Augustin: You often change a melody that you used before, and you us it again in a different tune. But the melodies in EINSJAEGER seem to appear for the very first time there.
Florian Fricke: This is what you could say about Mozart as well, because this is the individual style of an artist, that you identify the artist with a certain melody, sound, feeling or whatever it is. You are right insofar as that we have been using these melodies as sort of a trademark in the different works that we created. And we have been playing this in various ways, different ways. And sometimes we even like these new, different versions. Compared to the other albums, SELIGPREISUNG and HOSIANNA MANTRA, we felt that this music, with Danny and Djong in EINSJAEGER was a more contemporary, modern sound and music. But whatever we were doing in those days was really hermeneutic music. It's one way of jubilation; it's our expression of jubilation.